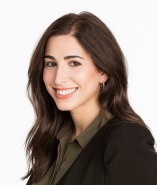 Alex is a freelance writer and content creator living in New York City. She was most recently the News Editor at People Style where she covered entertainment, fashion, beauty and lifestyle. She has interviewed dozens of celebrities including Sarah Jessica Parker, Kate Hudson, Melissa McCarthy, Priyanka Chopra, and Khloé Kardashian. She’s worked and created partnerships with influencers, hosted and produced videos and managed the brand’s social media accounts. Previously, she worked as an assistant editor at Seventeen. Her work has also appeared on POPSUGAR.com, People.com, Time.com and in SHAPE. During Hurricane Irene, she worked as a stringer for the New York Times reporting on flood conditions. She is a graduate of Binghamton University with a degree in English.